The Infamous Stringdusters brought their genre-bending brand of progressive bluegrass to the Showbox in Seattle on January 26, 2019.

Presented with a Saturday night crowd raring to go, The Infamous Stringdusters channeled the wattage in the room with an extraordinarily high energy “Light & Love” opener. 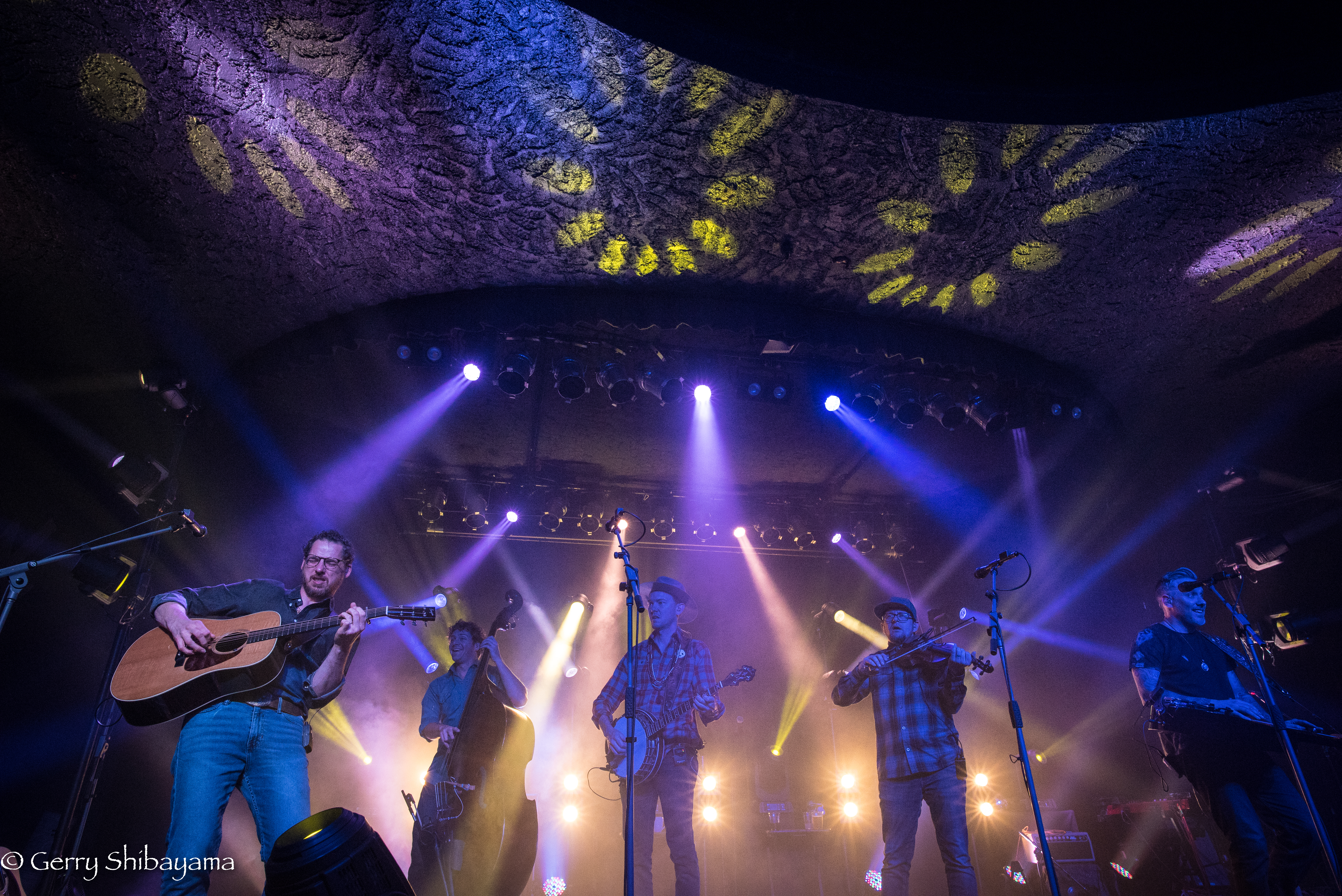 Next, bluegrass traditional “If I Had a Hammer” transitioned beautifully into Stringdusters original “The Place That I Call Home,” illustrating the reach of the Dusters range early on.

Fiddler Jeremy Garrett shined during “Home” with an exhilarating solo. 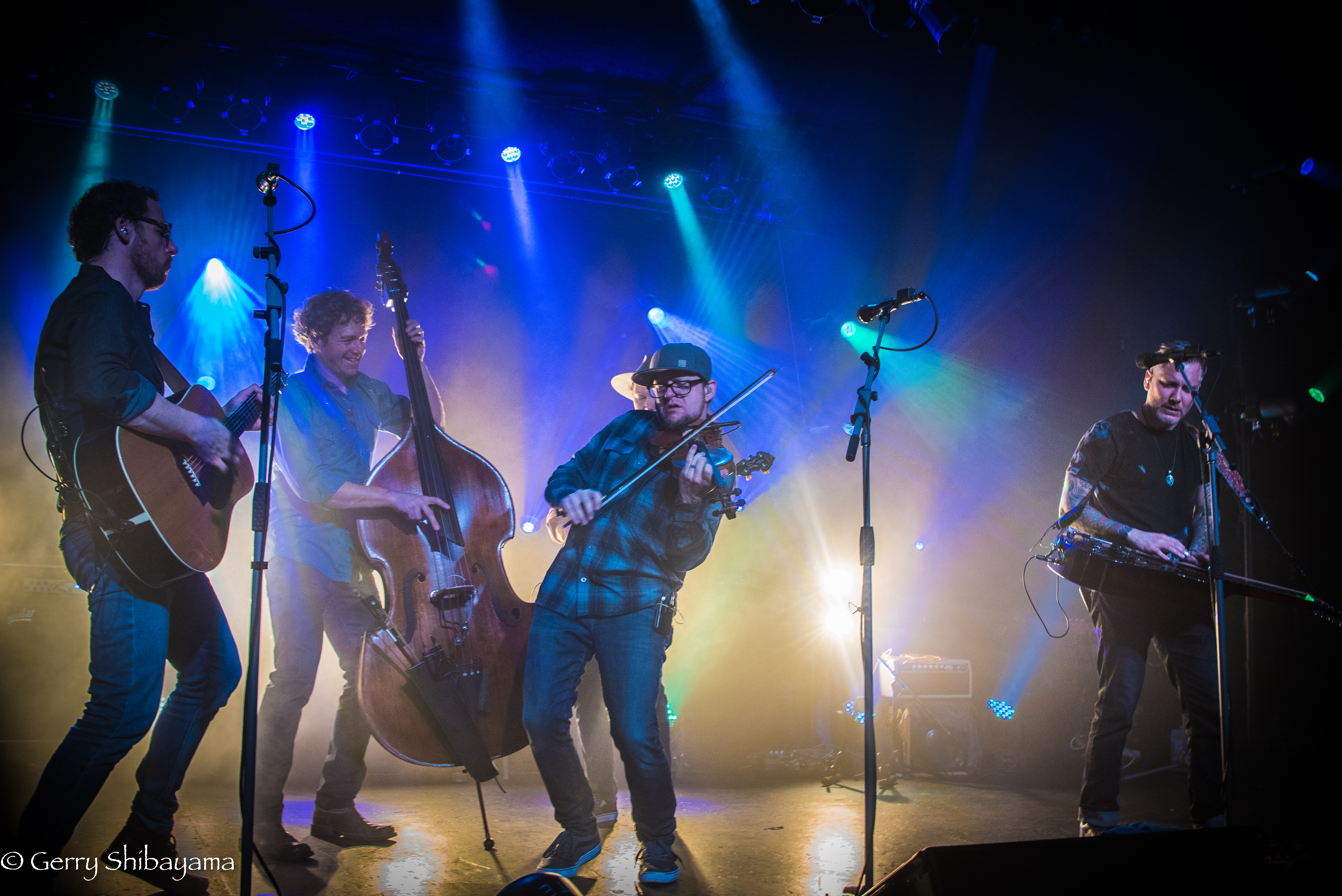 “Rise Sun” involves spirited clapping, and the audience handled it like pros. Witnessing this might make one entertain the thought that the Stringdusters have supernatural powers.

“Highwayman” followed, segueing beautifully into Johnny Cash cover “Big River.” A subtle “Turn on Your Lovelight” tease was snuck into the jam — the first of many cleverly placed Dead teases of the night. 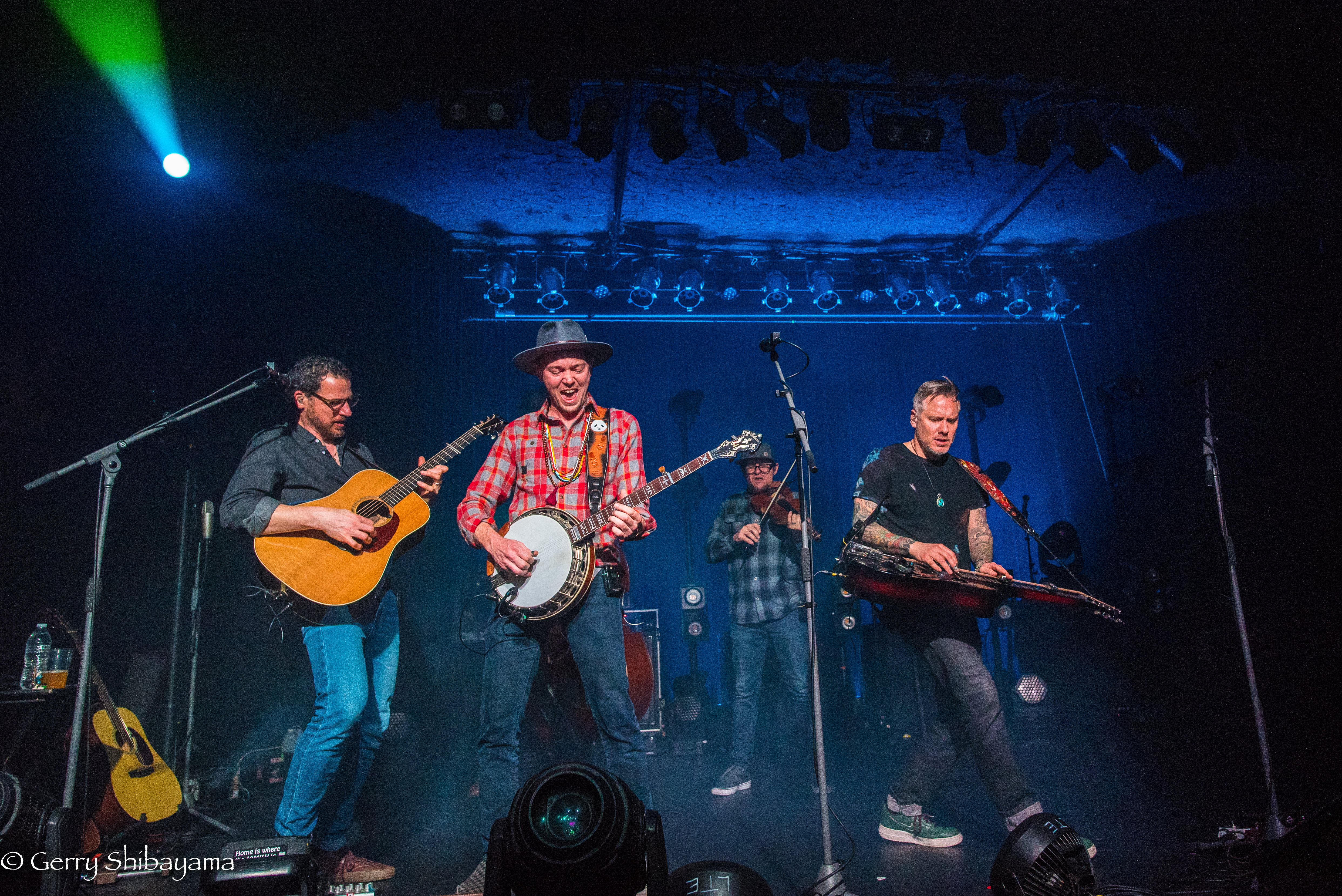 They closed the first set with instrumental jam vehicle, “Machines.” The tempo slowed and ushered in ethereal back and forth solos between guitarist Andy Falco and dobroist Andy Hall, hovering over a deep bassline laid down by Travis Book.

Then, with the tempo gaining intensity and sound building, the five-piece morphed into a singular source of sound that carried the audience home. 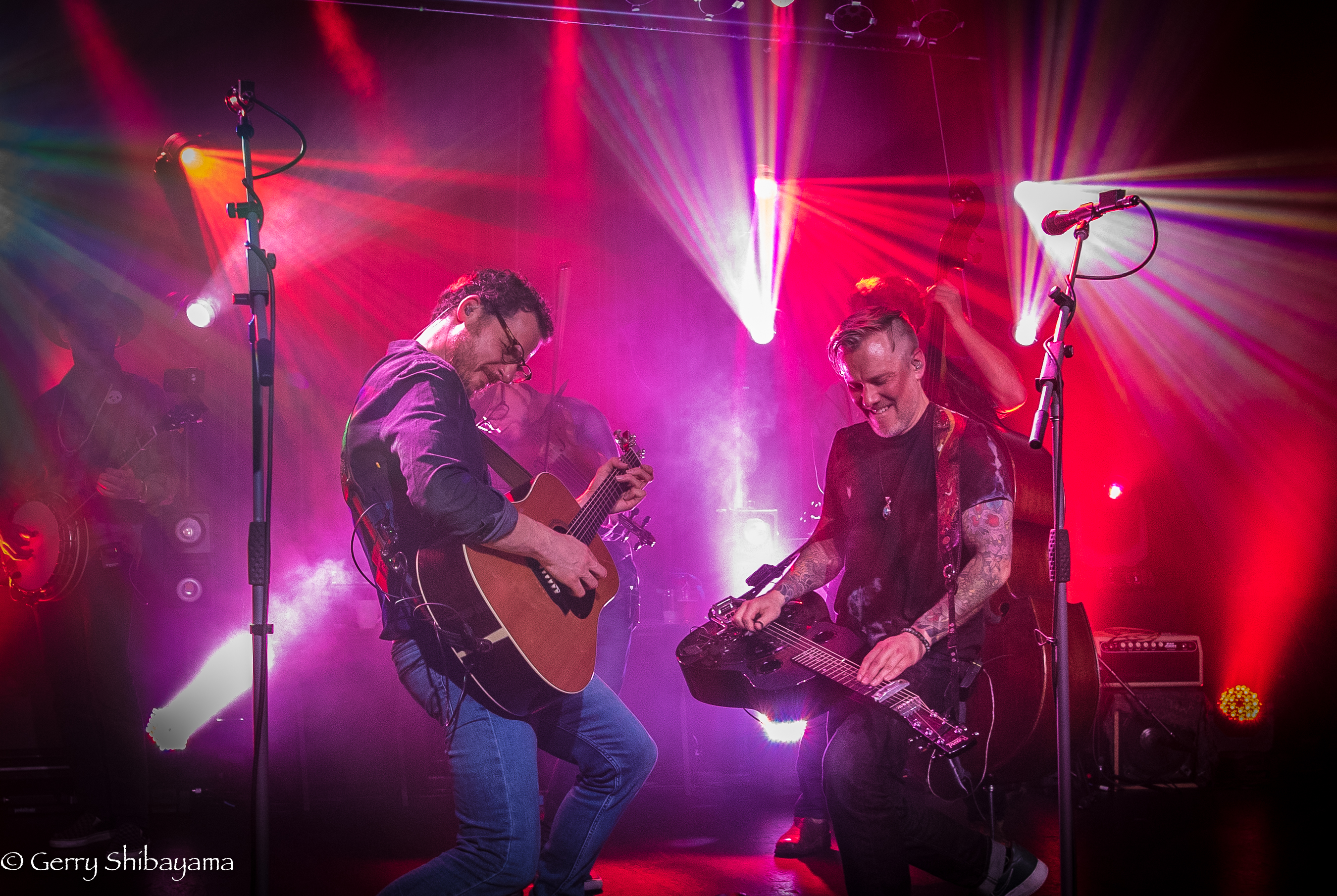 Things started to get weird. “Night on the River,” was followed by a jam harboring hints of “Wharf Rat” and “The Other One.”

Another jam vehicle, “Black Elk,” brought an almost trance-inspired banjo solo by Chris Pandolfi. “In God’s Country” two songs later tipped the jam scales for the night. We were in heady waters. 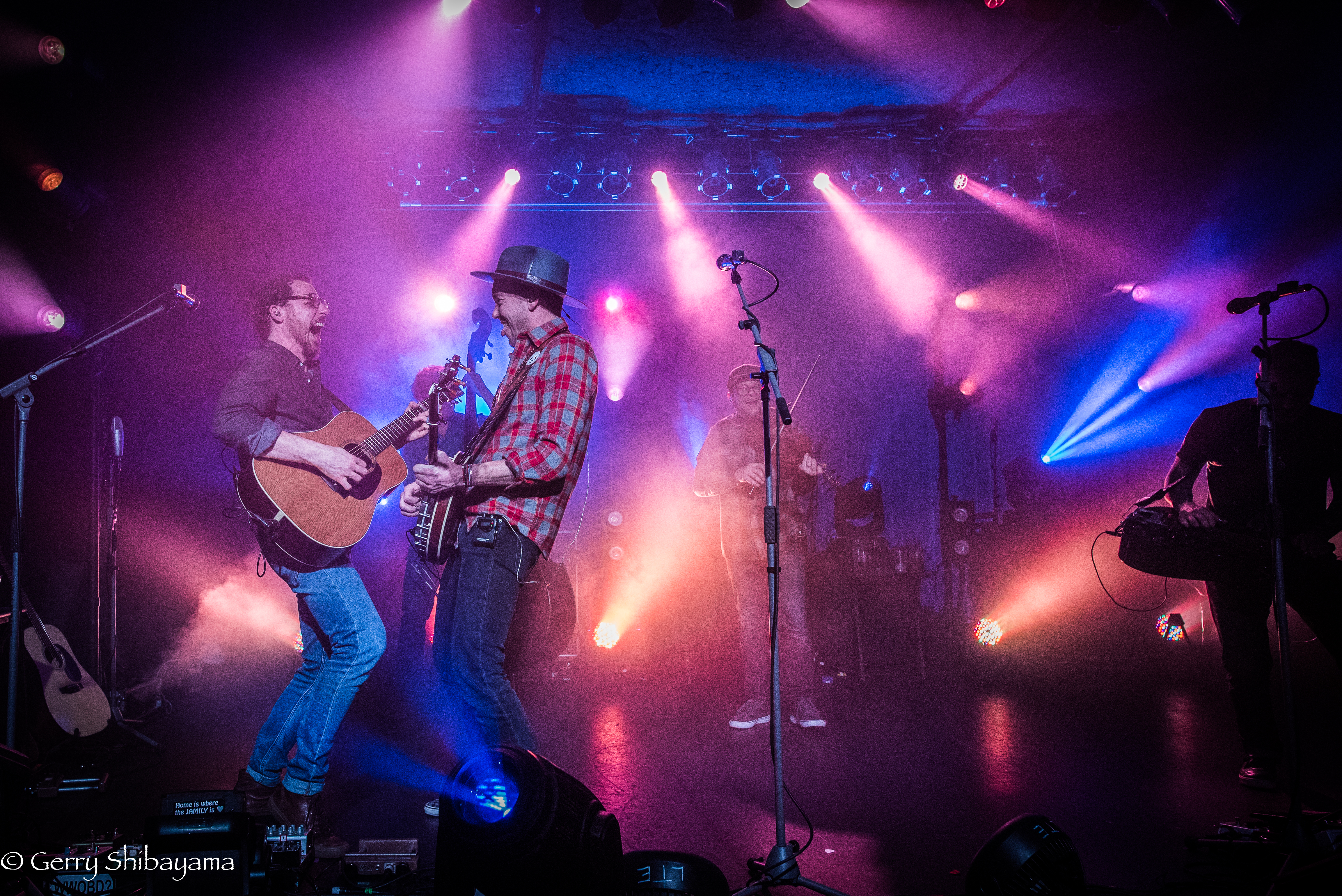 If initial audience reaction means anything, “Crystal Bay” is destined to land among Dusters classics, fitting perfectly into their sizable stash of dynamic original songs that showcase both individual flair and collective band chemistry. 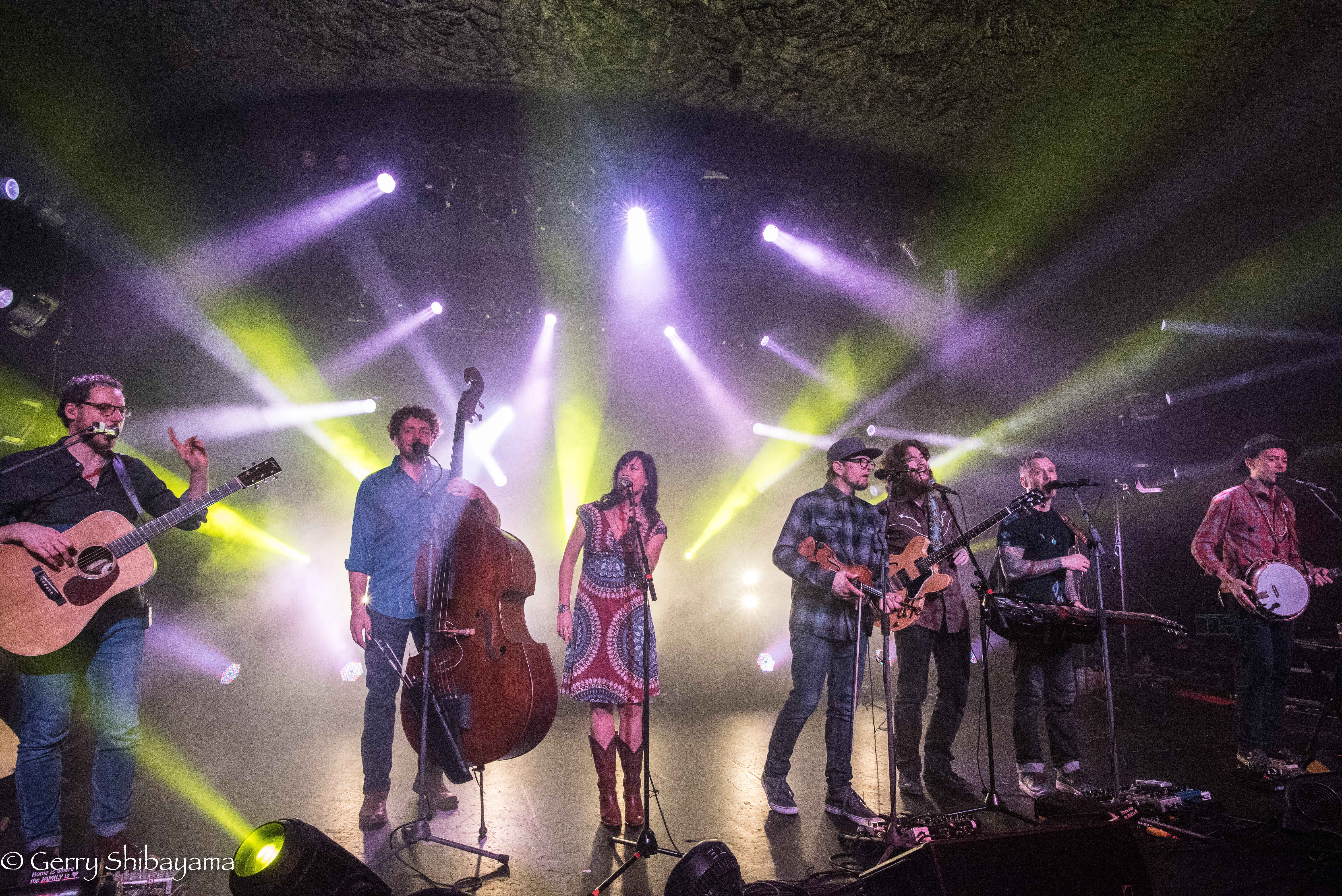 Marvin Gaye cover “What’s Going On” gifted us the soulful vocal stylings of Book with an “Eyes of the World” tease built in.

With the second set nearing its end, you could sense, “Enough with the Dead teases — Give me the real thing!” Well, patience is a virtue. 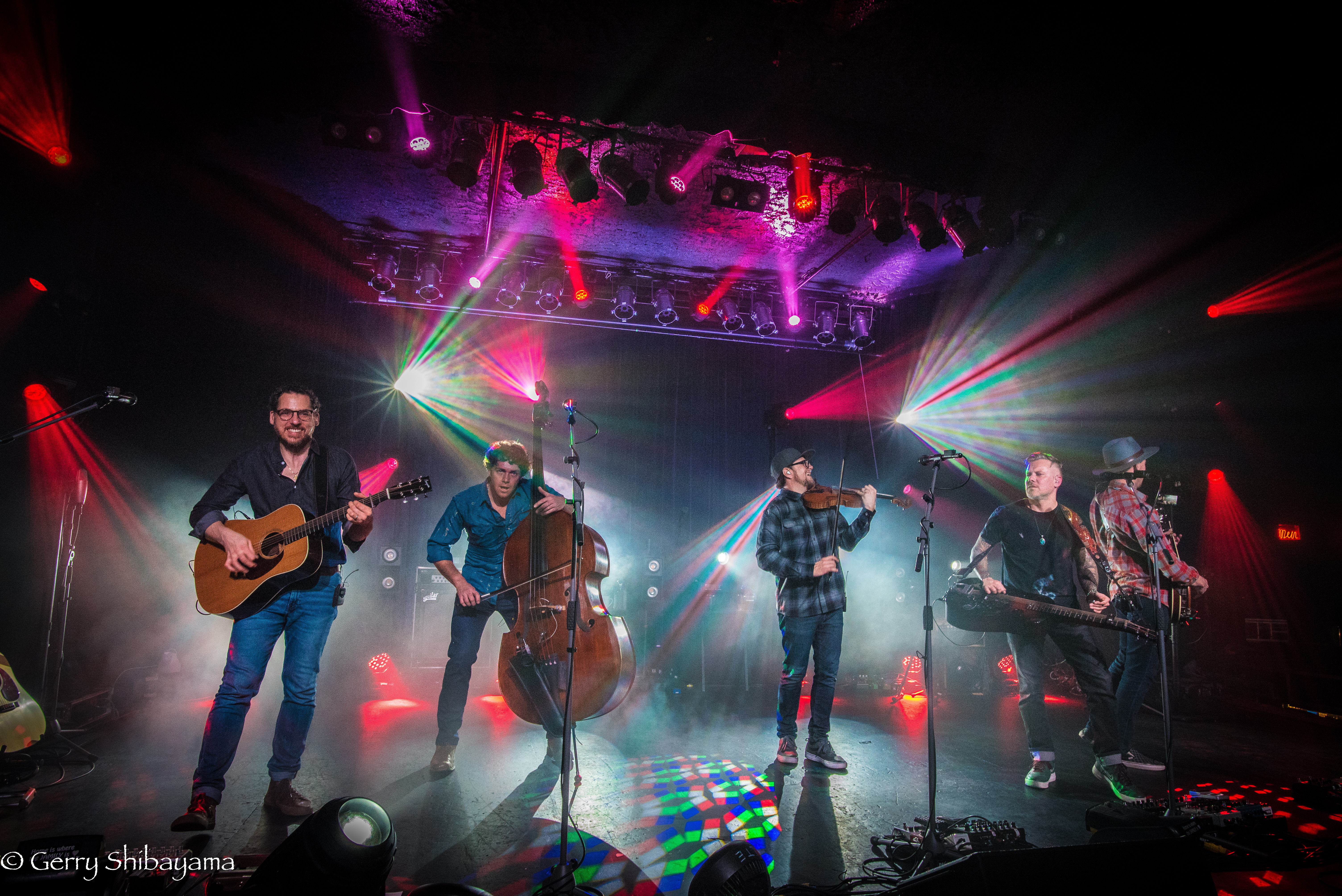 “All That I Can Take,” and last minute setlist addition “Angeline the Baker,” were followed by set closer “Jack Straw.” The Grateful Dead circle was complete, and a potential audience riot was squelched.

Joined by members of Midnight North, the Stringdusters encored with traditional “Rollin’ in my Sweet Baby’s Arms.”

The night ended with Bob Marley classic “One Love,” inspiring all audience members who secretly bump Legend in their basements to let loose for one last nightcap. 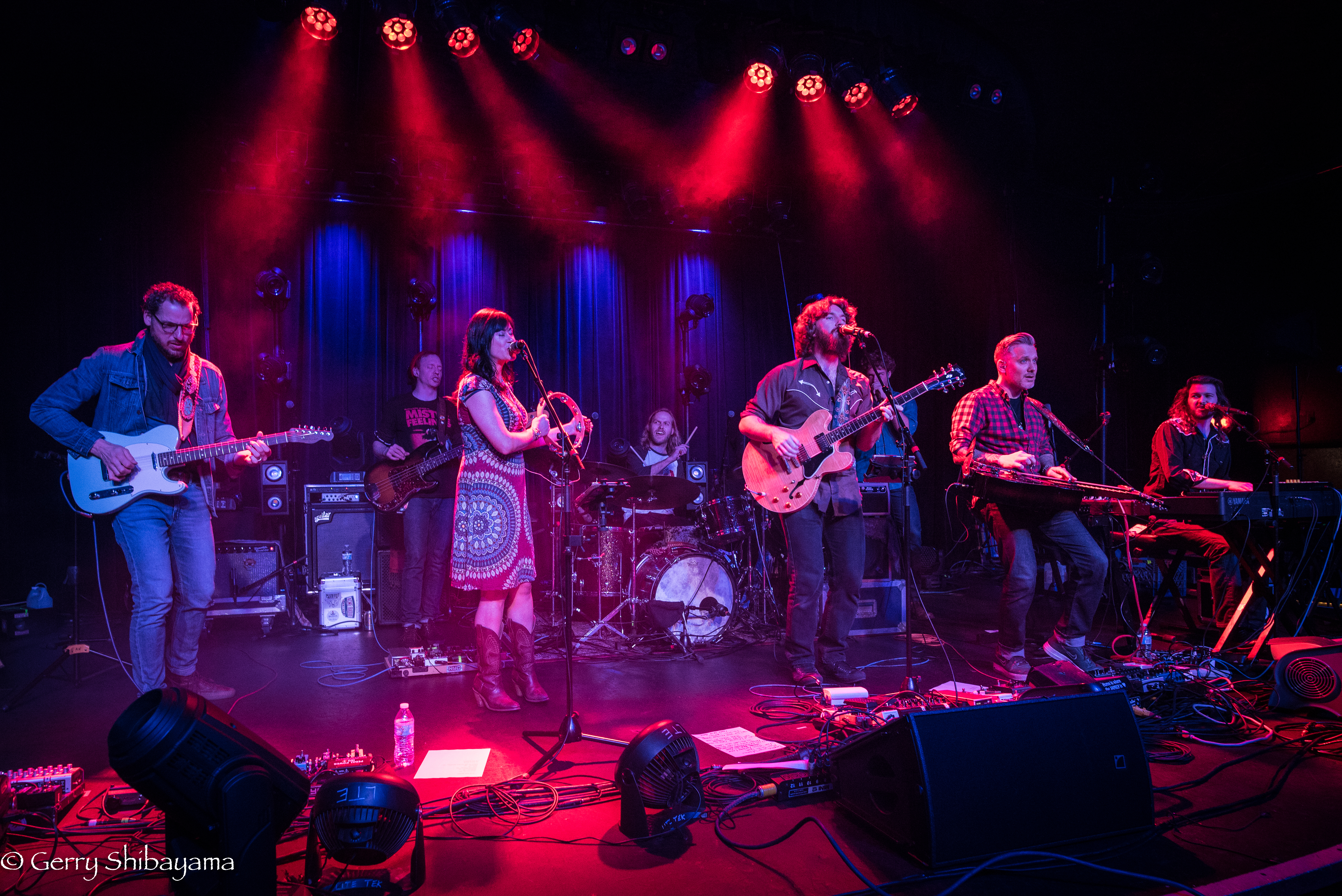 Rolling in My Sweet Baby’s Arms #
One Love #

[Did you follow the Stringdusters north to Bellingham for their tour closer the following night? Read our coverage of the evening here.]